Gmail Keeper has been allowing you select which folder/label to backup already, however, some users want  more control on what kind of emails they want to backup, so the new version released today introduced a new feature – allows you choose to backup only  emails received/sent between a date range.  Check the Gmail Keeper homepage right now! 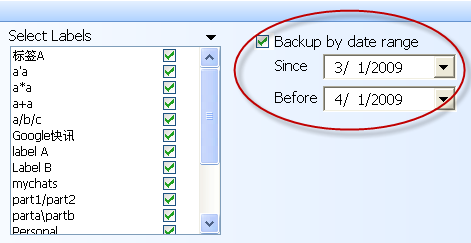 Start from today I’ll post the release notes about Gmail Keeper here. Here are some other changes made  since the first version: